Joe Chawki: Incredible solo over Martin Miller's An End In Itself 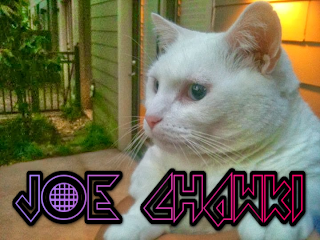 Martin Miller Little take over Martin's An End In Itself. Extra thanks to Martin for the awesome backings!!!!!

Not sure how he gets these mind boggling licks out... now wouldn't these be great on a new guitar album... sure they would... so let's help make it!

Campaign Summary
I have been playing guitar for 19 years. In my teens I played in some local groups, played festivals and concerts receiving notable recognition. There are several random tracks I have released through the years, but none that have been produced or presented properly...for the most part I have been on my own as an artist-- seriously lacking adequate funding. I have written quite a bit of material which through this project, will finally be professionally recorded, produced and released to the public. Various circumstances have prevented me from putting this music out sooner, however I really feel now is the time in my life to do so. Please help me make this happen!! Many advanced thanks for your support!

What Is Needed http://www.indiegogo.com/projects/joe-chawki-s-2014-album/x/28005
Please share this campaign, tell your friends, help to grow my fan-base. Donate creative services or equipment. Refer students near and far ( I offer lessons locally as well as online via Skype)
Send positive vibes :) https://www.facebook.com/joe.chawki
http://igg.me/p/415876/x/28005
Joe Chawki