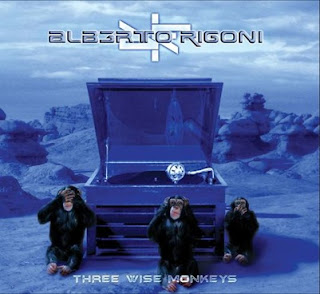 "Three Wise Monkeys" - that's the name of the third album by progressive rock composer and bass player Alberto Rigoni (TwinSpirits) that will be released worldwide on October 1st 2012.

Half instrumental and half with vocals, the new album is thematically centered around the Japanese folk legend of the three wise monkeys (together they embody the proverbial principle to "see no evil, hear no evil, speak no evil") and further refines the stylistic contrasts and progressive spirit characterizing 2011’s “Rebirth” (Nightmare Records).

The album will be distributed in USA and Canada by Nightmare Records, in Japan by Disk Union, in Europe by Power Prog, in Russia by Media Star and in Italy by BTF.

More info about the album (complete special guest list, track list, video trailer) will be revealed in the next weeks.