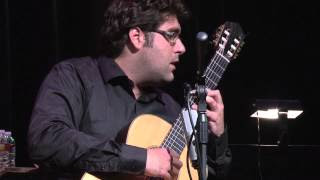 *LIVE FROM THE CROWN is a weeklong web-series that brings you short bites of the workshops, classes, and performances live from the 2012 Crown of the Continent Guitar Festival (COCGF).

The COCGF brings together some of the worlds most talented guitarists for a week of workshops, concerts, and musical creativity in Big Fork, Montana.

Videography and Editing by Nic Davis