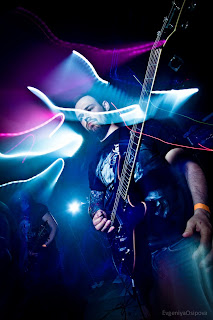 Every day I hear new music and new bands and so it always pleases me that this stream of musicality never seems to run dry. Fans of technical metal will either know these guys already or will be looking to get a copy of their itunes album.
Group of Korea was formed in the spring of 2003 in St. - Petersburg. Actively rehearsing and performing their own material the group was preparing to record demo. In March 2006, published the first full-length album titled "The Broken Wings." A little later a group shot his first video for the song "Pole." In October 2007 the second album entitled "Pulse". In the album will support Korea out some big tours in Russia and CIS countries. After a long lull, and creative change of the composition, the band recorded a single called "Sandman." Internet which was released April 9, 2010. After some time the group decides to change its name, its sound and stylistic concepts, changing vocalists. In the summer of 2011 The Korea sits in the studio to work on their third full-length album, "Chariot of the Gods."December 19 the group presents online single and video entitled "Chaos Theory". Released third album, The Korea - "Chariots of the Gods" is scheduled for January 15, 2012. After the release of records in the plans of a group of full-scale tour in support of the album in Russia and near abroad, filming the second clip.
Ingredients:Sannikov, Ilya - vocals
Evgeniy Potekhin - guitar / vocals
Alexander Kuznetsov - guitar
Ruslan Latypov - bass
Sergei Kuznetsov - drums 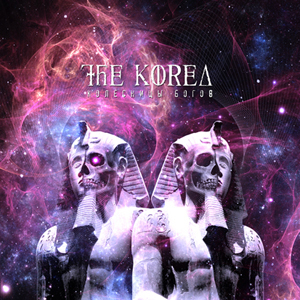 Eugene Potekhin and Alexander Kuznetsov playing along to "Zombie" off our record "Chariots of the gods". thank you for watching.
www.thekoreaband.ru