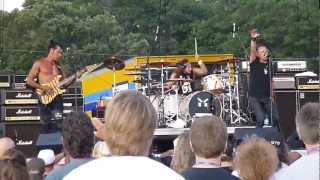 Lynch Mob performing "She's So Evil But She's Mine" off of their 1990 debut album, Wicked Sensation and "Into The Fire" off of the 1984 Dokken album, Tooth and Nail, at Halfway Jam in Royalton, MN on Saturday, July 28, 2012.