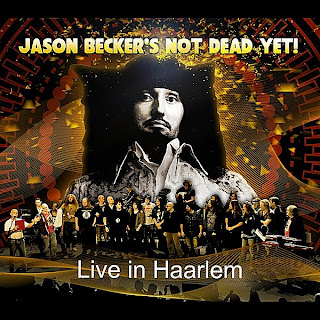 This track is from the album Jason Becker's Not Dead Yet! (Live in Haarlem) and is available for purchase on CD Baby here: http://www.cdbaby.com/cd/jasonbeckersnotdeadyetli

Guitar heroes united for Jason Becker
I am very happy that this legendary concert for Jason Becker has been recorded. The festival listed over a dozen of guitar players that dedicated their tunes to Jason Becker and were trying to raise money for his care. Never ever I have seen such great guys together on one stage the same night. Guthrie Govan, Marco Sfogli were the absolute tone masters but guys like Stephan Forte and Andy James blew my mind. What an impressive performance from these guys. The legendary drummer Atma Anur was the person that played the whole night (I think more then 6 hours). I am happy with this CD and I hope a second CD will be released in the near future. Or maybe a DVD?
Long live Jason Becker!