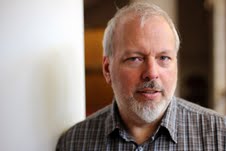 Wing Beat Fantastic is the highly anticipated result of a songwriting union between the famed
rock experimentalist and legendary XTC tunesmith Andy Partridge. The smart and melodious
album is garnering rave reviews worldwide.

Of their successful partnership, Partridge remarked, “I didn’t know how any of the tunes we’d
agreed to write together were going to come out, but I know one thing, SO musical is this man
that him just sitting with a guitar across his lap or perched at a keyboard pulled things from me
that I can honestly say ‘I don’t know where they came from.’”

“The chance to work with Andy was absolutely a mind-blower for me,” Keneally said. “His
songwriting gift is still as strong as ever, and I’m fiercely grateful to be able to help bring new
Andy Partridge music into the world.”

"This tour will be a good opportunity to take some songs from my past repertoire, and stack them
next to these new songs I've written with Andy," mused Keneally. "We'll be focusing on a lot of
my most melodic and accessible tunes -- hopefully with just enough of the fancy technique stuff
to keep that portion of the audience satisfied!"

Long acclaimed as one of the world’s most creative and intense guitar and keyboard players,
Keneally’s talents as a vocalist, songwriter, arranger, producer and multi-instrumentalist are
nearly unequalled in rock music. He has released over 20 albums of his original music since
1992, and has built a body of work of remarkable inventiveness and originality.

Keneally played in Frank Zappa’s last touring band, performing as a vocalist, guitarist and
keyboardist. He’s appeared on many Zappa albums, is currently a touring member of Dethklok
(as a guitarist) and the Joe Satriani Band (as a keyboardist), and has also recorded or performed
with Steve Vai, Robert Fripp and many others.

All Music Guide calls Keneally "the leading progressive rock genius of the post-Zappa era."
Known for his innovative, unpredictable live shows, Keneally has played extensively in the
United States and Europe, in contexts ranging from solo and duo concerts to performances with
large-scale orchestras.

Keneally's excited to team up with Rick Musallam again for this excursion. "He's played guitar
alongside me in the Mike Keneally Band since the late '90s -- seriously one of the most soulful,
beautiful guitar players I've ever heard. With just the two of us playing these songs, I look
forward to getting to the essence of what I was thinking about when I wrote them. Guitar fans
will have a field day at the show, but we'll be playing some bass and keyboard as well, and I'll
have recorded backing tracks on just a couple of the songs for variety."
Several dates have been set, with more to come:


Blue Mouth Promotions LLC (BMP), an artist management and promotion company, was
founded on the principle that music is art which deserves an opportunity to reach an appreciative
audience. We recognize the necessity to operate within the music business, but not the need to be
bound by how that business operates. For BMP, it’s all about the music.
http://www.facebook.com/BlueMouthPromotions