03-07-2007:
An oldie but goodie. Thanks to Salvatore Russo for providing the video of a session recorded back in 1999, covering some Bach.


14-04-2007:
Salvatore Russo swings back with his trio featuring Franco Speciale, Camillo Pace playing some gypsy tracks by Django Reinhardt and Stochelo Rosenberg, Fats Waller and himself.


03-03-2007:
A new web site is on the way for Salvatore Russo, whilst your waiting , there's time to reacquaint yourself with Salvatores CD's and guitar playing. 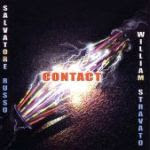 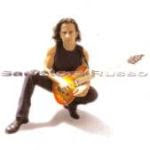 Background:
Russian born Salvatore represents one of the new talents of the burgeoning Italian guitar scene.
He is more rock based than fusion and has a good deal of experience in the music industry. He has participated in numerous television programs and has collaborated with high profile Italian artists in the studio and as a backing player. He currently writes for the Italian guitar journal " Axe". He also provides guitat tuition and clinics.

His first solo album self-titled Salvatore Russo highlights his fiery rock stylings. However, it is the recent release where he partners William Stravato that will interest many. Title Contact it is in the vain of Greg Howe and Richie Kotzen MVP team that produced "Project" and "Tilt" . The music is well worth a listen. Both albums are available from guitar9

For a full discography, lessons and video check out his web site.