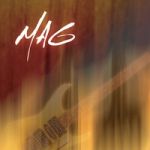 Marc-Andre Gingras was also featured by good friend Ron Bieber in a podcast from http://podcast.bieberlabs.com/

Marc-Andre Gingras will be opening for Yngwie J. Malmsteen at the Opera House of Toronto on tonight.

Background:
Marc-Andre Gingras is a freelance guitar player and teacher living in Quebec city, Canada. He is currently playing guitar for "In Trance", a tribute to Scorpions band. He is also the rhythm guitar player for Forgotten Tales.

In 2004, He recorded a instrumental rock album.

Check out his web site for audio and pop into his
shop to buy the CD.