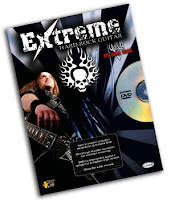 From 2003 to 2005 he worked in the Republic of S.Marino for the “Rock Master Project”, an innovative ensemble of master classes and workshops, directed to give professional live and studio skills to individuals and bands. He made lessons and seminars on advanced rock/metal guitar techniques, interplay and the role of the guitar in a rock band.

From 2004 to late 2005 He was in the crew of Lizard Music Academy in Brescia, with the role of rock/metal guitar instructor. He recorded the guitars on Michele Luppi’s first album “STRIVE” (2005 – Scarlet/Audioglobe); the has had a good success in Italy, Europe, South America and Japan.

Since 2003 he has been working with JAM FOR LIVE

In 2005-2006 he made some workshops with Giorgio Terenziani, in schools and music stores, on bass/guitar interplay and extreme rock/metal techniques.

Since 2005 he has been hired by Accademia di Musica Moderna to work on the innovative National School project (www.nationalschoolproject.it). 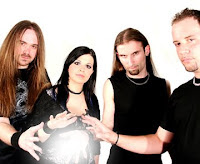 Absynth Aura is my new music project. The first promo-EP has just been released.