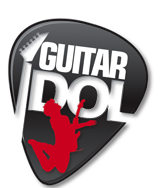 News:
03-06-2008:
As mentioned by Owen Edwards, Dimitar Nalbantov would have been first choice for the final had he been able to make it. This from Owen:

The results are down to the Alloutguitar guys, Licklibrary, Lion Records, The Guitar Institite, The London International Music Show London, Rockschool as well the promotional partners and sponsor companies - and in the end those 12 were the highest scorers able attend.

Dimitri Nalbantov actually got the highest score of all and couldn't make it - Silvio Gasquez and Andre Noronha were also asked. Many others were very very close: literally a matter of a couple of points here and there.

In the end, for whatever reasons, a lot of people didnt quite get there: we will personally contact many of these players, and all will receive an e-mail from the competition later thanking them and explaining things.

A Full list of The Top 50 with comments from the judges is being prepared over the next couple of days that explains things.

Roll on the Final!

The great news is the tracks are available for sale from Soundclick, so zoom on there and help Dimi get some reward for his troubles!