September 04, 2008
News:
04-09-2008:
Lion Music have posted the background of the long awaited CD Shadrane Temporal which will be released October 10th 2008. Shadrane is the metal/progressive band-project of Vivien Lalu (Lalu, Hubi Meisel), Joop Wolters (Dutch guitar virtuoso) and the legendary brothers rhythm section of Matt and Gregg Bissonette (Joe Satriani, Steve Vai etc). From a vocal perspective SHADRANE makes use of different singers, according to the tracks needs with vocals coming from Göran Edman (ex-Yngwie Malmsteen, Street Talk, Brazen Abbot), Björn Jansson (Tears Of Anger, Ride The Sky, Beyond Twilight) and Henrik Båth (Darkwater) along with some backing vocals from Martin LeMar (Tomorrow’s Eve). Musically “TEMPORAL” is a blend of prog-metal (Temporal, She Writes), power-metal (Betrayal, Morpheus) and more pop driven rock (Rainy, Consider It) - yet Shadrane’s own personality shines through all the compositions. Lyrically the tracks don’t follow the story’s order; yet the songs are inspired by the concept/story, but they’re not telling every event in chronological order like a movie would do.

On the album Vivien comments,

“I’ve always been influenced by dramatic movies and orchestral scores in general. I would make a movie out of the story if I could. I was inspired by my grandparents’ tragic life when I wrote it. I wanted to write an album about the stupidity of war, but also love, grief, mourning and redemption. I believe that nothing last forever, that “everything is temporal”. Not too happy, I admit, the complete opposite of my debut “ONIRIC METAL” (released under the Lalu moniker) where I stated that “love is eternal”. I have a totally different state of mind today, than the day when I started to write the concept/music. Many people around me (both family and friends) have died during the making of the album and while there were bad times for my wife and I, it made my brain work a lot. Fortunately, there was also the birth of my daughter which happened during the production, so I “brainstormed” even more. I guess all these things influenced the compositions and the story writing (in many ways)”.

Our story takes place between 1940 and 1942. Jack Daker, a US Navy Commander in charge of the secret US submarine “Morpheus”, is spending his shore leave with his troops on Hawaii. 2nd Lt. Paul Brodsen is one of the men under Daker's command; he is a nervous man who has always been jealous of Daker and who harbours a secret hate against him.

The Japanese New Year falls into the time of the shore leave, and amid the colourful celebrations, Commander Jack Daker meets Madoka Okuyama, a young girl of Japanese heritage. They quickly develop feelings for each other, and a long relationship begins. This only serves to further fuel Brodsen's jealousy.

After Daker and his men have left Hawaii, the American continues his relationship with Madoka through letters. Later in 1941, the Japanese attack Pearl Harbor and Commander Daker realizes that Madoka is no longer safe where she is. He decides to secretly move her to his house in America, where he hopes she will be safe. He goes to Hawaii personally and escorts Madoka to his home in Woodlake Pines, USA—secretly, of course, as by this time people of Japanese nationality were no longer permitted to enter American territory. Brodsen learns of Daker's treason, but decides to bide his time.

While Madoka lives alone in the old Daker residence, Jack is aboard Morpheus, fighting the Japanese. It is during one of these dangerous missions that Lt. Brodsen kills his commanding officer, Jack Daker. As they are about to fire at a Japanese civilian vessel (there are rumours that it's transporting weapons) Daker aborts the firing sequence, thus causing a malfunction of the torpedo chamber doors. The submarine begins to flood and it is only after she has taken tons of water that the doors can be sealed again. During the general confusion, Brodsen overwhelms Daker and kills him by forcing his head under water, making it look like a drowning accident. Morpheus finally reemerges, and a little while after control is restored—with Brodsen as the new commanding officer—they resume the attack, this time successfully.

Madoka learns of Jack's demise from his butler Richard and is completely devastated. She attends his funeral masked in black and cries for him a last time. She had learnt that she was pregnant and had been looking forward to telling Jack the next time they would have met. The next day, she cuts her hair off, looks at her reflection in the mirror, and smashes the glass. Just as she is trying to take her own life with a shard of glass, the policemen Brodsen had informed about the presence of a Japanese national in hiding storm the Daker residence and take her to Manzanar, the Japanese internment camp.

A little later, Paul comes to visit the Daker residence, announcing himself as a good friend. Richard leaves him to look through the deceased's effects, where Lt. Brodsen finds the box of letters Daker had been sending to Madoka during most of 1941. Curious as he is, he starts reading some of them, and soon discovers that Commander Daker was disillusioned and unhappy with his post in the Navy, and that he was hoping to retire soon. He also mentioned Brodsen, and that he would be happy to see Brodsen as his successor. Daker goes on to explain to Madoka in his letters that he felt a little bad about treating Brodsen as roughly as he did, but that he thought it necessary in order for the Lieutenant to be ready for the commanding position when the time came. Generally, Daker is speaking of Brodsen in the warmest of tones. Reading this, Brodsen feels regrets awakening in his heart for the first time and finally falls to his knees, crying.

At Manzanar, Madoka is suffering. She receives no real treatment for her pregnancy and grows weaker day by day. During one of her many sleepless nights, she sees a dark silhouette in the room. The figure bids her to follow him. The mysterious stranger helps her escape, but unfortunately, he is wounded by one of the camp's guards. Finally they make it outside and to a car. The stranger, masked still, drives them back to Woodlake Pines, to the Daker mansion. They park in front of the old house and he reveals his face. It is none other than Paul Brodsen, who confesses right away to murdering Jack Daker. He explains that he thought the submarine would sink and that all would be lost, so he wanted to kill Jack with his own hands before he died. He never expected to survive that day. He is contrite and apologizes from the bottom of his heart. Madoka, however, is too shocked to say anything. Relieved of his guilt, Paul Brodsen dies in the car. Madoka finally comes out of her shock and cries out, awakening Richard, who hastens out of the house to see what that cry was.

Madoka recovers, but her only companions are painful memories and loneliness. One day, following an impulse, she starts writing about her life with Jack, but in her version, Jack never dies. She spends a number of months writing, and the night after she finally finished the book, she falls asleep, exhausted but happy. When she wakes up, it is midnight and raining outside. There is a silhouette outside window, and at first Madoka assumes it to be Richard. She approaches the window, opens it, and discovers the silhouette to be Jack—but not the Jack she knew. This Jack is an old and happy man. He thanks her for a wonderful life and vanishes after kissing her a last time. She falls unconscious.

When she wakes up in the morning, she is still uncertain whether the Jack she saw was real or still part of her dream. But the window is still open... 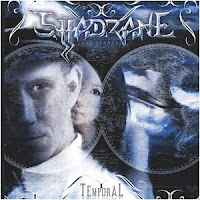