February 21, 2009
News:
21-02-2009:
Being based in the UK, I knew I would not be making the clinic date, but I was fortunate enough to be in contact with an attendee of the recent show. So a very large amount of Kudos goes to Greg Wakefield who took a five hour drive to get to the recent Marshall Harrison guitar clinic held in Texas City... and no small amount of Kudos to Marshall for delivering a stunning show.

A brief review of the Marshall Harrison clinic at the College of the Mainland in Texas City, Texas.

I've been quite a fan of Marshall's playing for the last 5 years or so, after I stumbled across his stellar version of Paganini's Moto Perpetuo. I was hooked immediately. I then checked out his Wieniawski etudes, and there was no turning back. I'd heard some neoclassical shredders imitate some classical material, but I'd never heard someone actually play such demanding pieces at tempo, and really do the music justice the way Marshall did. His playing is equal parts inspiration and instruction to me, and when I found out that he was going to be giving a clinic, there was no way I was going to miss it - I had to witness his playing in a live setting.

As I entered the Arts building, it wasn't hard to figure out where the clinic was held - I just followed the barrage of rippling arpeggios and rapid-fire sequenced scales to the recital hall where Marshall was warming up on his Vigier, as the audience slowly filled the room. For the next 15 minutes or so, I just basked in the sheets of sound of Marshall warming up on his Vigier through a Vox Valvetronix, as his videographer set up the video equipment and the crowd continued to stream in. Shortly after 7pm, John Kiefer - teacher at the college and the organizer of the clinic (as well as author of Mel Bay's J.S. Bach for Electric Guitar - a book that helped my technique a fair bit back in the day) began the event by introducing Marshall.

Marshall started off by mentioning that he’s assuming everyone in the audience had the basics of guitar down – he is not someone to go to for basic instruction – all his techniques depend on the player having a reasonably developed technique and a fair grasp of theory. At that point, he began to go into his approach to economy picking, and described how he came up with his economy-picked ‘1-3-1’ major 6 arps (root note on one string, sweep to the next string and play the 3, 5, and 6, shift positions and play the root on the next string, then play 3,5,6 on the next, etc). When done correctly, this results in three subsequent swept notes on adjacent strings (the 6, root, and 3), and is extremely fast. Marshall showed a variation on this theme, an E major arp from the low open E to the 24th fret high e – extremely quick and fluid, and this particular arp really floored Brett Garsed, Marshall’s tutor at GIT. Marshall described various permutations of this concept, and then talked about economy picking in general – the odd/even idea, ways to blaze through 2 note per string ideas on adjacent strings, how to speed up the chromatic scale by adding a first-finger slide, making the scale a 5 note per string scale and thus sweepable, and how to allow gravity to do the work when sweep picking.

He then touched on legato, and how it sounds best to do all hammerons as opposed to hammering on and pulling off, with the pulloff’s subsequent loss of tone. He mentioned Holdsworth as being the foremost legato player, and showed a few melodic snippets reminiscent of Holdsworth’s playing. He also stressed that if you’re interested in focusing on legato, it’s important to make sure your tone has a good deal of midrange – an interesting tip I hadn’t heard before. He mentioned that the Carvin Holdsworth guitar was a good choice for legato players, as its pickups have a pronounced midrange spike and it has big frets, among other things.

He then went into hybrid picking, and showed how he used this technique to ‘rescue the pick’ as shown in his instructional video, how it can change the odd/even principle for economy picking (the finger pluck replaces one pick, so you can get a sweepable 4 notes per string without changing sweep direction if you hybrid pick one of the notes). He showed how he uses hybrid picking in sequences – he typically plucks a single note on a string with hybrid picking and uses the pick on the notes on the other string. He also showed how to play an octave-displaced chromatic scale using hybrid picking. Pick the first note – 5th fret A on the low E, for example - then pluck the A# an octave up on the 8th fret of the D string. From there, pick the B on the 7th fret low E, and using the middle finger, pluck the C on the 10th fret of the D string.

He mentioned integrating all these techniques – mix them up, don’t just lean on one… combine the techniques, and he demonstrated some melodic passages that used various combinations of the techniques he’d discussed. He also mentioned Horowitz’ approach to technique – don’t fight the body’s natural inclinations, but use them to make music. In other words, if a certain technique falls easily and effortlessly under the fingers, use it to your advantage – don’t discard it just because it’s unconventional.

From there, it went to a question and answer session, which was pretty wide-ranging and went on for an additional 30 minutes or so. When there were no more questions, John Kiefer thanked Marshall for his clinic and the crowd gave him a warm round of applause.

I got the chance to chat with Marshall briefly as he was packing up – he was surprised and pleased at the size of the turnout… there were probably 70 or so people there to see him, and people kept coming in throughout his clinic. I asked him if he was planning on doing more clinics and he was open to the idea – I’ve got my fingers crossed.

I noticed that throughout the clinic, the crowd sat in stunned silence as Marshall’s fingers effortlessly flew across the fingerboard. As I was walking out to the parking lot, I overheard several of the audience describe how their world was just rocked by seeing what Marshall could do on the instrument… it sounded like they weren’t familiar with Marshall’s playing previously, but Marshall undoubtedly gained some new fans.

It was a great evening – many thanks to John Kiefer for setting it up, and to Marshall for giving us all insights into his technical wizardry.

As I mentioned, the event was recorded on video, so keep your eyes peeled for it. 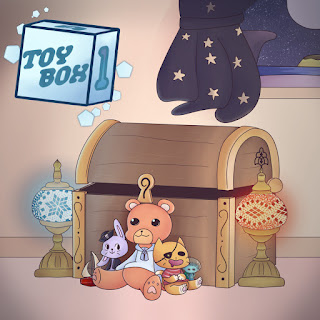