Spinal Tap have announced a "world tour" consisting of a single June date at London's Wembley Arena. The tour marks the 25th anniversary of mockumentary film, This is Spinal Tap, which launched the band's career. The band will be backed by 1960s folk trio The Folksmen, the focus of another spoof film, 2003's A Mighty Wind. 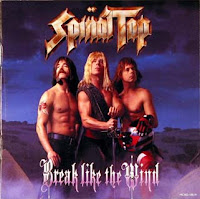 Spinal Tap's lead guitarist Nigel Tufnel commented: "If we're going to do a World tour on only one night, at least it's this world."

Bassist Derek Smalls added: "one night is not enough, and it's way too much".
Spinal Tap have used a variety of drummers over the years due several untimely deaths, including a spontaneous combustion on stage. The rest of the line-up for the world tour has not been announced but the group paid tribute to former members. Singer and rhythm guitarist David St Hubbins said: "This show will be dedicated to all of our drummers who have passed on, either to their reward or to middle management at Sainsbury's."

The band also announced that they had tried in vain to produce some new material and will instead be releasing a new lost album this summer. 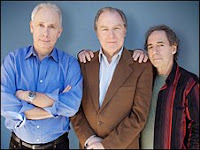