Vigier endorsee Dudley Ross will release his debut album, ‘The Note That Told A Thousand Tales’ on 27th April 2009.


Dudley, who is known for his work with the powerhouse rock band SIZEN (www.sizen.co.uk), had the opportunity to show another side to his composition with tracks ‘Only You Know’, a beautiful jazz ballad and ‘CT’, a homage to African music.
There is also plenty of rock on the album, with tracks such as ‘G&R’, where Dudley and Christophe Godin go head to head in a blistering instrumental.

You can get your hands on ‘The Note That Told A Thousand Tales’ directly from Dudley’s website (www.dudleyross.com) 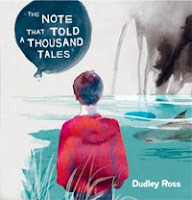