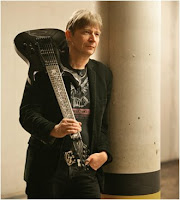 I have this CD the first time around!

‘No Surrender + Live’ is a re-recorded version of one of Lars Eric Mattsson’s earliest albums originally released in 1989 to celebrate 20 years since its original release. This new version sees all vocals and guitars being re-recorded with the addition of a few live tracks tagged on the end for good measure.

‘No Surrender’ is classic hard rock fused with neo-classical metal all with the unique Lars Eric Mattsson flavour. Whilst the song writing might not be as advanced as more recent efforts released under the Mattsson name such as “Dreamchild” and “War”, this is a slice of history which shows an artist that has continued to grow over the 20 years since its initial release. To go with the 15 studio tracks there is the bonus of 5 live tracks discovered in the Mattsson archives which features tracks from the albums ‘Electric Voodoo’ and ‘Eternity.’

On the new version Lars comments, “It's now 20 Years since I released my second album "No Surrender" which landed me a Japanese record deal a year after the debut album "Eternity". While the original recordings were rushed and quite poor in quality the song writing was much better than its predecessor and I remember writing these songs with great pleasure. Most of these songs were then performed live in a number of different settings and they all seemed to transform quite well to the live stage. I have always wanted to return to this material to polish up all the rough ends and finally I found the perfect timing to make it happen. I think these songs showcases my early influences as well as the typical 80-ies mood that we all were in back then. Of course some things do mature better than others over time but overall I am quite happy with these songs representing my early career, and most of all, I had a really great time playing them again. I tried not to change things more than I had to and where possible maintain the original ideas rather than include more modern elements as my intention was to try to present the songs as I wanted them to have sounded at the time of composing them. Even if most guitars have been re-recorded I have copied my original ideas and basically just make them sound "the same but better". 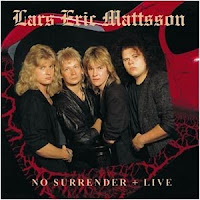