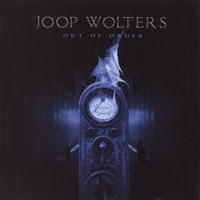 This really is an awesome track from a fantastic CD... get the CD from cdbaby

I wrote this tune about WAR and the need for people to continue keeping that alive, always wanting more,,, not understanding and accepting what the already have and the beauty that's around them ..always in competition to feel supperior ...on the battlefield and in life..
the rithem in the song represents the marching of soldiers and tanks towards the battlefield...the melody was assingned to illustrate the drama given by war...it's in the nature of the beast..

please check out my albums their full with musical stories and musical depth in any style and colour with true originality..
all my solo-albums have that kind of set-up releasing them already since 1998...making music should come from the heart and head and dedication to be diffrent ,,,not the copymachine

DIVIDE AND CONQUER by JOOP WOLTERS