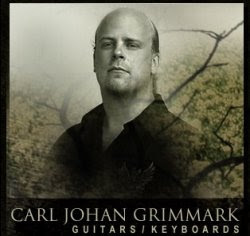 Carl Johan Grimmark: The title was actually decided when the album was almost done. It’s a game with words similar to the title of the song "Curse of a generation". I don’t want to explain too much, but the title can relate to that songs, but just as well have its own message. MOST of the themes in general are pretty based on pretty down-to-earth reflections on life and society, from the perspective of the writer. (Mostly myself, but also our former singer Christian) full interview
Carljohan Grimmark interview