You've said that Ki was quite restrained whereas Addicted is a bit more like a pop album with lots of layers. Can you tell me a bit more about it and more about the ideas behind it?

Devin: Well, you know, it’s a full record project… Basically, it’s supposed to be a story from beginning to end. In a roundabout way it’s not really a minimal story, but I think that this second record here is… god, this is the first interview I’ve done for it, so I’d better try to figure out what the heck it is about. It’s all about trying to figure out, like all of us, what’s our deal here. Like, is there a god? Is there not a god? Is it OK to do certain things and not OK to do other things?

You have a kid and all of a sudden your whole reality seems completely out of proportion. Reality seems to get more and more out of proportion. I always end up thinking, “Well what’s the meaning behind it all?” I think that for many years I’ve been hung up on that question. Just like a real overwhelming sense of needing to know. I had a bunch of people in my life who were very religious and some people are into, like, darker things and some are into lighter things, but ultimately I think it all comes down to the fact that everybody’s afraid of this being it. You know, afraid that maybe there’s nothing more. Maybe we’re just… we have these kind of realities and belief systems just to avoid that incredibly isolated feeling.

But, in a lot of ways, I think what Addicted, this record, is about is, well, say there is nothing more. Say this is it. You know, that there’s this infinite state above us of nothing and all we’ve got is, like, a bunch of other humans. So what’s the ultimate result of that? And for years, my music has been really kind of metaphoric and there’s been a lot of darkness in the music. But that realisation that there may be nothing else was really invigorating to me because I was thinking, “OK. Well if there is nothing else then all we need to have is each other. So what do we want to do? Do we prove to each other that we are right?”

Or, my kind of thing is, well, I just want to make music that’s heavy, but I want people to be able to dance. I want to dance. I want music that’s like fun, that’s refreshing. Good chorus that you can sing along to and that you’re not necessarily singing along to somebody else’s neuroses as much as just like, “Those are cool words. That’s a cool melody, that’s a great beat. And for a long time, I’ve kind of fought with the idea of heavy music only being about my own quest. It was spiritually damaging for me to be playing heavy music. And then I thought, well I’m a white male and I really enjoy that kind of aggression, but I think there’s a distinction to be made between aggressive music and toxic music and I think that they can be mutually exclusive in a lot of ways so what I tried to do with Addicted is make something really heavy.

In a lot of ways it’s heavier than anything I’ve ever done before but I’ve counteracted that by making the lyrics and the message, if you will behind it, neutral but really positive. Like, “Yeah, life is shit in a lot of ways but there’s a lot of great things. We played the record last night and we danced, because there are so many negative things and anaesthesias are so stupid that it’s like we spend too much time thinking about things that we’re never going to solve and we’re just going to end up perpetually depressed. So I just wanted to make a record that was, like, awesome and fun.

Is it me or does Devin Townsend resemble the 1972 cover of the Greenslade album? 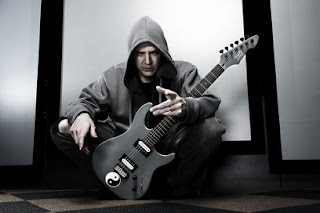 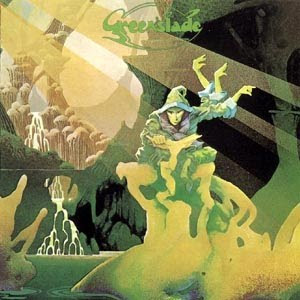