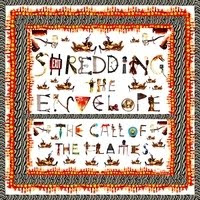 Shredding The Envelope is the brainchild of thrash metal virtuoso Dave Reffett.
Dave grew up in Blue River, Kentucky and knew from an early age that he had a passion for playing metal. He taught himself to play guitar and sing by jamming along to his metal heroes Pantera, Megadeth, Metallica and shred master Michael Angelo Batio.

In high school, Dave took a guitar workshop at the Berklee College Of Music In Boston. As soon as they heard Dave play they offered him a 4-year scholarship. But Dave wasn’t sure if he wanted to "lose" 4 years of playing and touring experience.
Then he had a chance meeting with one of his idols, Megadeth frontman Dave Mustaine, whose advice changed Dave’s life forever. Mustaine told him, “You’re young, go to school and learn everything you can about the music business, get as many weapons in your arsenal as you can”.
Dave was motivated and moved to Boston to pursue a degree in Music Business Management. Dave was schooled by tough-minded industry mavens and studied with International Shred Lord Joe Stump.
Dave did a couple of Internships in New York, reading band contracts in the Business and Legal Affairs department of Sanctuary Records, and in the Radio Promotions and Marketing Department of Virgin Records. He loved marketing but hated promoting bands that Dave felt were dumbing down today’s musical landscape and decided to make the music that he would be the first in line to buy.

SHREDDING THE ENVELOPE was born in Boston when Dave collaborated with visionary artist Nancy Taylor, translating their poems into the songs that would become “The Call Of The Flames”.
Being a lifetime metal fan as much as an artist, Dave knew the metal guitar legends he wanted to do guest solos on “The Call Of The Flames”.
He first enlisted Legendary Drummer Mike Mangini (Extreme, Steve Vai, Annihilator) to handle percussion duties. And then brought these guitar legends on board to do cameo appearances.
George Lynch (Lynch Mob, Dokken,Souls Of We), Michael Angelo Batio, Joe Stump (Holy Hell),
And as a tribute to Dave Mustaine and Megadeth, two former Megadeth guitarists, Chris Poland and Glen Drover solo on the same song! The song “Devils Roadmap”.

Dave Reffett and Nancy Taylor Produced “The Call Of The Flames” and wrote and arranged all of the music. Reffett performs the Vocals, and with the exception of the guest solos, plays all other guitars including the Bass; while Taylor spearheaded the incredible art design. Keeping the album a family affair Dave and Nancy's 13 year old nephew Gabe Taylor makes a cameo guitar solo appearance on the track "Devils Roadmap".

“SHREDDING THE ENVELOPE stands for not buying into all the dumbed down repetitive nasty boring bull**** that is fed to us like we are farm animals. We believe in the transformative power of belief. We believe in metal and the metal fans who understand that music which comes from a place of truth and passion can wake us up and change the world.”