Shane Gibson: stOrk... time to get the CD! 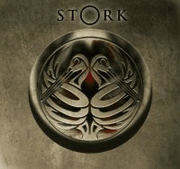 World-renowned drummer Thomas Lang (Rhythm magazine's "Best Drummer in the World") provides the percussive punch to stOrk's sonic uppercut. With Lang's incredible interdependence, powerful double bass drumming combined with an innate musicality, his drumming on stOrk is both insanely heavy and musical at the same time. Featured on "Metal Fatigue" and "Nautilus," Lang's drumming is legendary.

Rounding out this ultra power trio is Eloy Palacios (Vension) on bass. Palacious is the sonic superglue that binds Gibson's guitar and Lang's drums together. On stOrk's debut album, Palacious' virtuoso playing and bottomless bass pocket are not to be missed.

Intense, dark, aggressive, futuristic and somehow familiar, stOrk sounds like nothing you've ever heard -- but always hoped you would. To sample tracks: www.myspace.com/officialstOrk

6. Prelude In The Key of Shut The Hell Up