Magnus Olsson: Shred This Too... a judges view 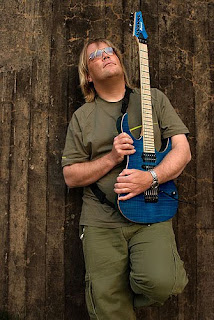 I've been catching up with the judges as we try and short list down the videos. Magnus Olsson is playing around in France at the moment and so finding some open wifi for judging has been a tough job... he even worked through the night at one point to get the first listing done.


"Hi all you guitarnut guys!

Being part of a competition like this is something I take very seriously; even if this might sound a little bit pretentious, the music and playing are massive fun, but is it still very serious stuff! I know that most of you who are entering are dead serious about what you do, you have spent your time and giving it your best, so it would be disrespectful not to give you all my time and really listen to what you all have done.

It is a very unnatural position for me being a judge over something like this, judging players that I feel are much better players than I am! so I have a very humble attitude towards it, I mean, who am I to judge anyone (who is anyone to judge anyone’s art?). Music and playing are dead serious but the judging is just subjective “my taste” stuff and is not to be interpreted as anything more than that.

An older video of Magnus Olsson playing along side Lalle Larsson:


The reason for me to do something like this is the massive inspiration I get from watching (and hearing) all fantastic players out there, players I would never had heard otherwise. Getting a chance to see (and hear) so many great players do their stuff over the same backing is very cool, the amount of different ideas played is mind-blowing. I have found myself running for a guitar in “inspiration hit me – I must play” so many time watching these videos. And many of the new ideas I have heard in the videos have sneaked into my solos I play on stage at night, which is very cool. So a massive thanks to all of you who have sent in you playing!!! 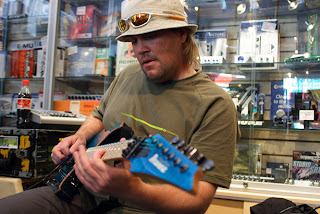 I have been playing around in France since early January, playing gigs 6 days a week, so looking through all these videos have not been without complications and frustrating moments. I knew that the end of the competition would be while I was still here in France, but I thought that in the year 2010 that there would be monster "Shawn Lane" speed internet WiFi everywhere in the modern world!! But boy was I wrong. When trying to look at videos in the day time it has taken more than half an hour to load one video! and most of the time has it not loaded at all. The internet connections I have gotten hold of have only just been fast enough (but still very, very slow) very late at night and early morning... I have “borrowed” internet from a shop on the other side of the street. I hope now you can see that you have had a massive amount of “youtube guitar traffic” during these times... Please don't find me and make me into a "saucisson suedois" [ editor... make mince meat of me ;) ].


Never the less, after a lot of computer hate, stress and extensive use of bad language I did I finally make my way through all the videos. The videos have been a joy to watch and listen to, but the loading them part have been driving me absolute mad at times! One thought has been jumping around in my mind all the way through... that is that the level of playing has been mind-blowingly high, much higher than I expected it to be!!!

I have gotten so much inspiration from watching them all that it has stuck with me for a long time! Plus I have not heard a single “maybe you should consider taking up football instead?” (read as horribly bad) entry [editor "Don't give up the day job" ;) ]. Especially the technical level is amazing, many guys do scary technical stuff that is just a joy to watch. The technical level has gotten so high, and become so wide spread, that you don’t really react to it anymore, everybody has it and it seems that everybody can play more or less anything on a technical level. 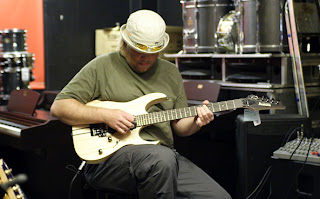 The stuff that I was looking for while watching was musicality, good ideas and note choice, phrasing, intonation, vibrato and tone (I do not mean sound, I mean finger tone). I was looking for players who had more than just great technique (even if they have to have that too), players that had something that got my attention.

I know that it’s all subjective taste things, good to my ears is crap to someone else's ears, it is just the way it is with everything musical. So no doubt some of you guys will disagree with my opinion (and the other judges), but don’t make more of it than that... it is what it is, it's no more different than you like vanilla and I don’t.

So the judging continues... I'm on my 5th time through... here are the responses: http://www.youtube.com/video_response_view_all?v=Q9QH-2U9W2M