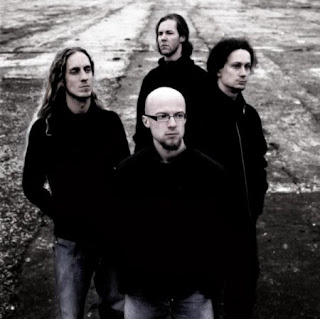 What a shame... a great CD and some really progress nu metal fusion will be all that remains from the demise of Exivious.

Tymon Kruidenier : "For the first time since the release of our debut album back in May of 2009, I'm afraid we have to bring some really sad news.

"After careful consideration we decided to officially pull the plug on EXIVIOUS.

"It's not a secret that this band and the album we released last year are very dear to me personally, but also to the rest of the band who put in the best their talent and creativity had to offer to create something really unique. But besides our personal experience, we feel all of you out there who supported us the past year are part of our EXIVIOUS community as well and as such you guys deserve a proper explanation of what's happening.

"We're in a situation right now where we are simply unable to give EXIVIOUS the attention and love we believe it deserves. All four of us are completely consumed by other activities and it doesn't seem like this is going to change anytime soon. So instead of slowly letting our beloved band bleed to death, we rather put it to sleep ourselves.

"In retrospect, we were completely blown away by the overwhelmingly positive response from both our listeners but also the press who reviewed our album. Never did we expect to get such a warm and enthusiastic reaction to our crazy music. With this in mind we'd like to thank all of you who supported us by picking up a copy of our album in the past year!

"As most of you know, we started things off by offering a luxurious limited edition of which we only printed a thousand copies. We're happy to announce we're sold out! The digipack version of our album is still available through our website and a select group of retailers.

"Last but not least, we'd like to end this sad message with some good news.

"For the first time in EXIVIOUS history we're offering a t-shirt in our online shop which features the artwork of our debut album! Pre-orders are available at www.exivious.net." 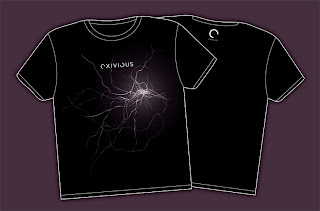