Hello! Welcome to the online home of Do Fret! We are a website for all things Electric Guitar. Here you will find reviews, news and features of the best that the Electric Guitar has to offer, from players, live dates, clinics, instrument and equipment reviews. I hope you enjoy the site and share in my passion of all things Guitar! 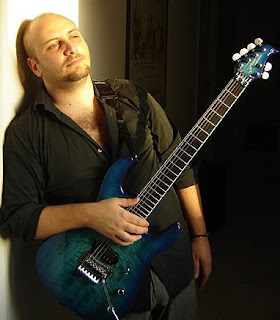 Q: Marco, thanks for taking the time to do an interview for Do Fret! Let's start by catching up with your current projects and music. What have you been working on recently and what can fans look out for soon?

R: The latest project I’ve done is the new James LaBrie record which should be out very soon. Of course I did a few collaborations in the past months, like recording guitars for Ray Riendeau’s solo album and all the solos for a NY based band named “Creation’s End”. Trying to keep it busy you know! 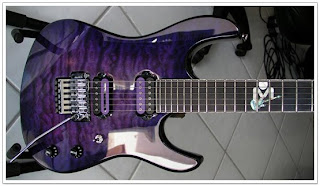 JP.de: Marco, your musical career evolved greatly after your appearance at James LaBrie’s solo album “Elements of Persuasion”. You have been working with several bands and musicians as a guest on guitar, and presented your own work on “There's hope” 2008. What were the highlights of these years so far?

Marco: All of the projects I've been involved in were “highlights” for me, of course Elements of Persuasion was a personal favourite because it exposed me to the guitar world, but if I have to choose one aside EOP I would say “Ego” from Alex Argento. Definitely a new experience for me both musically and personally.

JP.de: Recently you went to Sweden to record the guitar tracks for James Labrie’s new solo work. Can you tell us more about the process? Did you record each instrument separately or did you meet somewhere and go through the tracks?

Marco: This time I was in studio since day one of the recordings (as opposed to EOP where I entered the studio with the rhythm section done already) so it's been a creative experience for me, more interaction of course between the band which is a good and necessary thing to make the best record possible. We recorded the guitars, bass, drums and keyboards all of us in the same studio.

JP.de: What is your approach towards song writing and solo playing? Do you compose a lot in advance or do you improvise in the studio? Did you work on the soli for the LaBrie album together with Matt Guillory, for example, or do you figure the music out for yourself?

Marco: It's a balance between the two things, the arrangements are mostly written down and most of the leads are improvised either at home or in the studio. I don't mind about making everything in one take or twenty, as long as the part works for the tune and everyone is happy with it. Of course if there's a part like an unison between guitar and keyboard so yeah at that point working together is the best, but it happened also that I wrote stuff and asked Matt to double it with keyboards and vice versa.

JP.de: Your solo work has a broad variety of influences - can you name a few inspirations you use for your music?

Marco: For "There's Hope" the influences were mainly coming from 80s bands I listened in the past. Bands like Def Leppard, Rush and Europe to name a few. Guitar wise I've been inspired by so many guys, especially melodic players. Joe Satriani, Kee Marcello, Steve Lukather and Andy Timmons among others.

NY based band named “Creation’s End”. Trying to keep it busy you know!