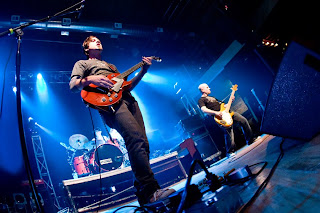 Rafael Moreira is not an unknown in the field of guitar having worked with Paul Stanley (KISS) and the pop diva Pink and Christina Aguilera! Rafael has also appeared as lead guitarist / supporting vocalist live on world tours and television, as well as on CD & DVD releases, with world renowned artists such as Don Felder (The Eagles), Steven Tyler (Aerosmith), Dave Navarro (Jane's Addiction), Tommy Lee (Motley Crue), Stevie Wonder,  Enrique Iglesias, Marc Anthony and Utada to name a few!!! 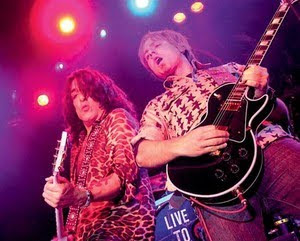 [Truth In shredding] Now you've secured top gigs with musicians like Pink and played at the very highest level, I am keen to understand how you started out, did you have the drive and ambition from day one to make it big or did it happen by chance?

[Rafael Moreira] I always had the drive and ambition, and knew what I wanted from very early on. I started playing guitar when I was six and was singing before that. My mother is a piano player and music teacher, and my two brothers and I had a rock trio since we were little; we got to play big shows in state fairs, local rock festivals and won some school songwriting contests! I think that helped me enormously as a musician, songwriter and performer to start at such a young age. 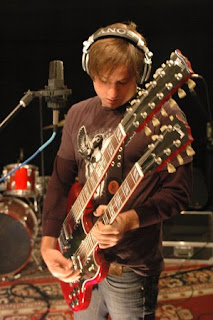 [Truth In Shredding] You were born in Brazil, do you think this adds something extra special to your music?

[Rafael Moreira] Absolutely! Brazilians in general are fun, relaxed and love to have a good time and because of that I think I'm a much looser player, not as stiff as some guitarists. I don't mean that in a bad way, it's just the way it is!

[Truth In shredding] I understand that you attended GIT in California and won the GIT (Guitar Institute of Technology) Masters Guitar Competition while at Musicians Institute. Was that a good time for you, who were the players you met and most learned from?

[Rafael Moreira] It was a great time. I made some really good friends that I keep in touch with to this day all around the world! The person that I learned the most from was Scott Henderson, not so much his licks and vocabulary, but the mentality on improvisation. 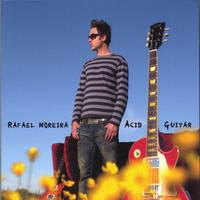 [Truth In shredding] In 2005 you released a guitar orientated album entitled Acid Guitar http://www.cdbaby.com/cd/rafaelmoreira The album is described as an eclectic Instrumental blend of Rock, Jazz and Brazilian with melodies and soulful, shredding guitar solos. For sure there is a heavy Brazilian influence on the tracks, do you see this a definitive statement about your playing or do you see yourself progressing and expanding your musical boundaries?


[Rafael Moreira] It’s just a part of me … some of those tracks were written over ten years before I recorded the CD, which was released in 2005. It's my first CD and I produced it by myself without any budget or label support! 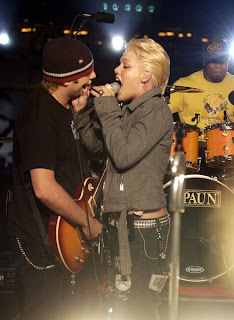 [Truth In shredding] What made you decide that you'd have a go at the audition for Pink when the audition actually called for a female guitar player?

[Rafael Moreira] First of all, I never wanted to do sideman gigs, unless it was with Ozzy, KISS (Paul Stanley – which was one of my favorite gigs to date!) , etc. … it just happened that I got the Christina
Aguilera gig a few years back and all these other gigs kept falling into my lap (fortunately). Well … the Pink audition was interesting; she usually likes to have a few women in her band and at the time I think she just had let go of her guitar player, so I think she wanted another woman on the guitar. Pink's Musical Director at the time Alex Alessandroni (who I had previously worked
with in Christina's band) told Pink that she should check me out … and that was that! I guess she liked me more than the forty women (no offense here, I love you women and sometimes hate you cause you make no sense … lol) that were there and ended up letting go of one of the keyboard players and hiring a girl for the second key position!


[Truth In shredding] Did the Christina Aguilera gig come off the back of the Pink gigs and what's it like working with some of the worlds top pop divas?

[Rafael Moreira] Christina's gig was my first big gig. As I said, I didn’t necessarily want to be a sideman … I’m a band kind of guy that writes songs and likes to rock and improvise jam band style. But a few
years after I left school I got a call from a friend telling me that they were auditioning musicians for a new artist, so I decided to give it a try … since Ozzy and all the other rock Gods were sleeping on a chance of getting me as their guitar player … lol! (Ouch, I'm on fire right now!) They liked me and my first couple gigs with Christina were Saturday Night Live (more cowbell, remember?) and Madison Square Garden! I also played with Mya, Natasha Bedingfield, Sheryl Crow, etc. … it's been an interesting journey (not like the band Journey, they're cool too … lol) where I get to incorporate my rock style with some beautiful women that you may want to call divas (in a good sense).

[Truth In shredding] What tips can you give guitar players who are making that big leap to become the guitarist for a huge touring band? 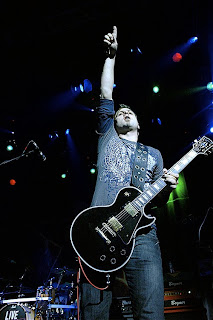 [Rafael Moreira] I wasn't planning on it, so just get yourself out there and go jam and show what you've got!!

[Truth In shredding] You got a lot of TV work under your belt, from series like American Idol, BBC Top of the Pops, BBC Live Sessions, Saturday Night Live, The Tonight Show with Jay Leno, The David Letterman Show, Late Night with Conan O'Brien, Jimmy Kimmel Live! That's an amazing amount of high profile work, now I guess this is easier for you to get now, but if someone new is looking to progress in this field what would they need to do?

[Rafael Moreira] That's just a result of everything I've done … one thing leads to another. 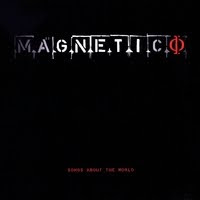 [Truth In shredding] You have your own band as well called "Magnetico" with a great new CD called "Songs About The World" http://www.cdbaby.com/cd/magnetico This work is a lot heavier than the solo release. What are your plans for this band?


[Rafael Moreira] We're trying to go on tour with a bigger band, and hopefully that will be happening soon. It’s not the easiest of times out there in the music industry though right now, but we have a page on Facebook with over a 100,000 fans - http://www.facebook.com/rafaelmoreira - you can check
out a bunch of cool videos and pics, both personally and professionally shot. I got a publishing deal with Bug Music (Kings Of Leon, Wilco, Steve Ray Vaughan, Johnny Cash, etc.) and they're doing the distribution for the album worldwide on iTunes. We're meeting with some people to make some new videos and I'm in the process of recording some new tunes.


[Truth In shredding] With Magneto it is clear you are a rounded musician, a great guitar player and singer. It's only in special case this works out, for example Richie Kotzen has successfully married the two. Do you see yourself following the model of singer songwriter who plays guitar or are you really a guitar player who can sing?

[Rafael Moreira]I really don't know what I am anymore lol! I've been writing songs since I was a little kid as well as singing, so it all comes naturally to me.

[Truth In shredding] Apart from regular practice , is there anything you can recommend struggling guitar players who get stuck in a rut?

[Rafael Moreira] I don't practice a lot. I usually just like jamming with friends and writing songs! I think the best advice I can give someone that I’ve never seen play is to try to enjoy themselves at all times,
that's what music is about!


[Truth In shredding] I would like to thank you so much for spending time answering these questions and we wish you all the best for the future, you deserve it!

[Rafael Moreira] Thanks a lot! I appreciate all the support!