Rick Emmett: to be allied forces once more? 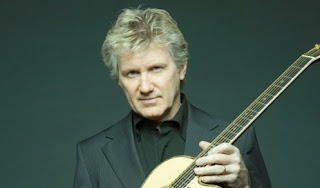 In a nutshell, Emmett said he is ready to go, whenever the other two guys are.

"There is doubt about whether or not the band would actually ever go out and tour and play again. And, of course, Live Nation (North America's largest concert promoter) is interested, and they're sniffing around and wanting to come to town and sit down and take us out for dinner and have a conversation," Emmett said.

What it comes down to, in Emmett's estimation, is a desire on the part of Levine and Moore, the latter in particular, to embark on a Triumph tour of old with big venues, tons of lasers, lights and pyro.

Emmett and others in the industry think that's unrealistic for an act that hasn't done something of that magnitude since the days when hair metal ruled the roost.

... let's hope this not "in fact a falsehood"!
Rick Emmett