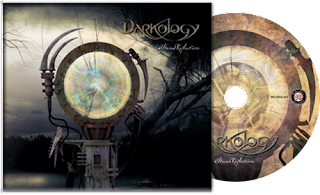 A stunning new release, top notch guitar and vocals - Darkology sure to be a must on any self respecting progressive metal music shelf!
Seriously good metal EPIC WIN yes please I need to get me some of that!

and coming soon is another awesome package featuring again Michael Harris... more cool details to follow.... but these are the details I have to date:


Rock-a-holics Records is very proud to be re-releasing ARCH RIVAL's amazing debut - "IN THE FACE OF DANGER". 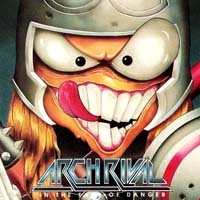 The album has been carefully re-mastered and expanded with the inclusion of some live tracks. There is also an hour long DVD with 4 promotional video clips (2 blue screen, 2 performance/live) and pretty much the entire album performed live, as well as an informative booklet, encased in a 3 panel, double digi pack with all the lyrics and rare pictures of the band from the era. To top it all, there's some brand new cover artwork, depicting the band's mascot, ARCHIE : The Rock Warrior in full rock regalia,(which should also look sweet on vinyl) which has been specially printed using a method which makes the metallic parts of his armor, shine. (You might have seen this effect utilized on some special edition DVDs). 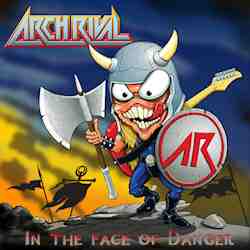 A worldwide release by ROCK-A-HOLICS RECORDS is expected in late May, with JAPANESE and TAIWANESE licenses to be confirmed soon.
(The Japanese edition will feature a special regionally themed cover - as well as both aural and visual bonuses) Artwork to be confirmed (work in progress)