on July 07, 2010
Hey Mark McGuigan to the final scoop of the evening... he really should be working on his Shred This III entry, but we'll forgive him as it's news that many people have been waiting for. 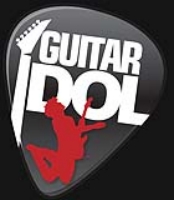 The details of Guitar Idol 2010 are in the final stages of planning and we wanted to let you know to watch this space in the next couple of weeks!

There's been alot of enquiries about the competition, but we wanted to confirm that entry is not yet open, so don't panic.

Guitar Idol 2009 was a huge success with the final being held at last year's London Music Show. Thousands of entries were recieved and 12 talented finalists were chosen..

The 2009 live event was also broadcast across the web with tens of thousands of viewers worldwiding tuning in to watch the finals and vote for their winning performance.

All our amazing finalists gave the packed audience a performance to remember but there could be just 1 winner. Jack Thammarat from Thailand stepped away as the Guitar Idol 2009 winner with the grand prize of a PRS Custom 24 presented to him by Ace from the band Skunk Anansie, a Marshal JVM stack and a special prize of a £3000 custom guitar made by Rob Williams Guitars.

The legendary Steve Vai even chose his own personal favourite from the finalist and awarded Daniele Gottardo a special prize of an Ibanez Jem signed by Steve himself.

Details for Guitar Idol 2010 will be released very soon, but check out the 2009 finalists in the meantime!