For this song I wanted a closeness, an intimacy in the performance. I was going to record this on acoustic guitar but went instead with a clean sound off the Engl Invader head. Listening back I can hear the Hendrix inspiration in the phrasing, and a punch to the notes inspired by Ron Wood on Rod Stewart's "Maggie May". Always loved the fat punchy dynamic sound of that solo... Tracks were laid end of January to early February, Dennis Leeflang [drums] gave the song a great groove and energy.

I've wanted to cover this song for years. After coming back from a year of touring with GNR, enjoying Axl's Elton-inspired piano solo before November Rain each night, I was looking forward to getting into the studio and laying this song. Hope you enjoy it, thanks! 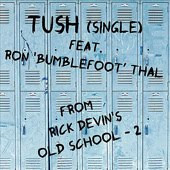