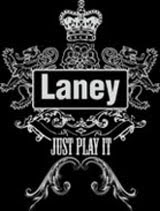 Ein Festival & All for Free! http://www.guitarfightclub.de/index.php?id=4&id2=1

The festival begins with an open air show with international groups. It starts with the Dresdner Band [pi!]. The Saxon newspaper headline about it already: 'energetic alternative rock of any international rock band lag behind ". Having toured with Goldfinger and Lena Meyer-Landrut claim to be the town hero the honor entrain the audience and to quake the night. My Favorite Scar finalize the Atmosphähre to a boil. An evening full of life. Open Air completely free.

The finals of the Guitar Fight Club - competition. With a large open-air spectacle of the eight finalists of the international competition are expected on stage to compete with each other. Besides the actual competition are expected on the stage as internationally recognized prominent musicians who give small performances with the actual show the appropriate setting. Live it also ['pro: c-dur], the evening insights into the wide world of music to give to their artists and great composer. This classic rock meet on order in the unique duet of two musicians complement each other perfectly. A high point is it right at the start of the evening: Nungo The band songwriter duo David and Hannah makes music that both rock without point and comma as impressed dreamy. If the band is on stage, has only one thing: "there is more, we reap what we see."