More space in the t-shirt draw occupied... CD hitting the decks... brace yourself for some steaming guitar driven metal and later a visit to Ikea to get some more storage space. 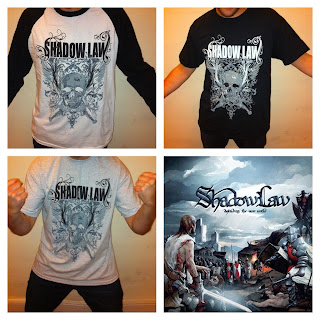 
Andy Gillion‎ 3 years ago I embarked on a mission to create the greatest metal album of all time. 3 years later, I'm broke, in debt, am owed shitloads of money, have lost friends, lost hair, and lost the ability to sustain an erection. So for the love of god buy the new Shadow Law album so I can get my life back on track!! I mean jesus christ...it's only £4.99 and it cost us about 4 grand to make. You do the math. Cos we clearly we didn't.
(and as if that's not enough - Cris will deliver it on a unicycle to your door!)
www.shadowlaw.bigcartel.com