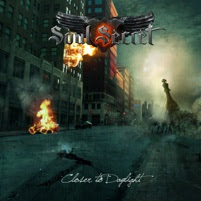 
Produced by Soul Secret and published by Galileo Records, as previously announced it was mixed and mastered by Markus Teske and the entire artwork was created by Alexandra V Bach. Release date will be announced soon!