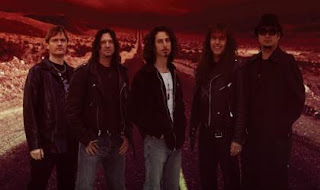 This line-up recorded the Driver cassette EP w/ Paul Sabu and Mikey Davis, respectively, released after Greg and Butch were already out of the band. Did a bunch of shows around L.A. (at the Troubadour, FM Station a.o.) showcased for labels, and played Foundations Forum in the fall of 1989.

Based in Rob's home state of Connecticut, this line-up played around the New England area for about a year on a weekly basis (or even more often than that) while 4-tracking a ton of new songs. The band broke up in early '91 when Rob Rock decided to re-join his old pal, Chris Impellitteri. Roy moved back home to L.A. right after the split.