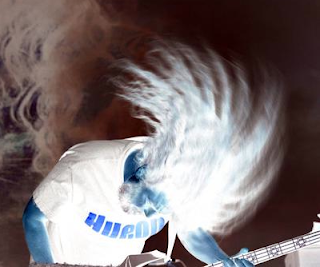 Evanescence's Terry Balsamo has opened up about his 2005 stroke and what he suspects caused the incident — headbanging.

The guitarist suffered a stroke that paralyzed the left side of his body in November 2005 and since that time has had to retrain himself on his guitar and undergo extensive physical therapy to regain use of his body. Balsamo told Ultimate Guitar magazine, "I've always had a weird thing in my neck doing that, but I never would have thought it would have given me a stroke. [The doctors] actually saw the clot in my artery in my neck. more

Kayla Kent: some people think i fake my guitar playing