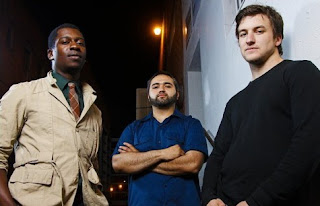 "Weightless", the second full-length album from progressive instrumentalists ANIMALS AS LEADERS, sold 6,100 copies in the United States in its first week of release to land at position No. 92 on The Billboard 200 chart. more

"Weightless" was released in North America on November 8, in mainland Europe on November 4 and in the U.K. on November 7 via Prosthetic Records.