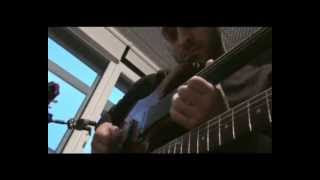 http://www.facebook.com/perdesizgitarPerdesiz Elektrik Gitar / Fretless Electric Guitar: Erkan Oğur
Davul / Drum: Turgut Alp Bekoğlu
Bas Gitar / Bass Guitar: İlkin Deniz
Telvin @ Konya
Erkan Oğur's Telvin World | Anatolian Jazz & Blues Band from Turkiye
The band, Telvin, has become a legend in international musical circles and has finally recorded its long-awaited album. The double-CD combines elements of contemporary jazz with traditional Turkish themes and showcases each musician's virtuosity.
Together, the band has placed contemporary jazz music at the heart of its sound -- it is the main axis of Telvin. There is vibrant inspiration from European jazz with deep impact of 1970s rock and jazz fusion. Each musician's individual skills and passion have been distilled and melded into the band's compositions. This individualism combined with virtuoso technique has helped them create their very own unique sound.


The Telvin project aims to carry with it the rich musical repertoire of Anatolia, on one side traditional drums and on the other the erbane (tambourine). Music is a function of the past. There will be music in the future, but its existence is dependent on the music of the past.