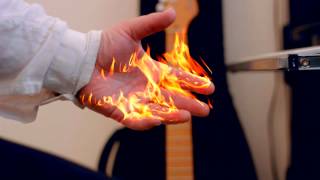 Hi guys, I had the honour of playing a guest solo spot (trading solos with Chris) on the fantastic Chris Brooks' solo album - 'The Axis of All Things'. Check the video, hope you dig the solos and head on over to Chris' website to get your hands on the album. Cheers! 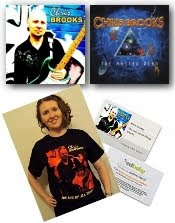 http://chrisbrooks.com/ "The Axis of All Things" - The second solo album from Australia's premier rock instrumentalist, featuring songs in the styles of funk-fusion, prog rock, acoustic and wailing ballad.
Order http://www.chrisbrooks.com/web_store
Nine years after the release of his successful indie debut "The Master Plan", the long-awaited new solo album from Australia's Chris Brooks is about to land! Showcasing a more mature-sounding Brooks in a variety of songs ranging from funk-fusion, progressive rock, wailing ballads and acoustic, "The Axis Of All Things" is an epic journey that will no doubt please existing fans, and also convert a great deal more! Featuring solos from Aussie great "Brett Garsed"

Features the songs: Prelude, The Axis of All Things, Transfiguration, Open Doors, Not the Day Nor the Hour, Wisdom Road, Hammer's Heart, Feeding the Myth, In and Out of Dreams, Velvet Claws. CD Packaging includes 6 page insert with liner notes and personal notes about the songs on the album.

Chris Brooks: The Axis of All Things - track by track!