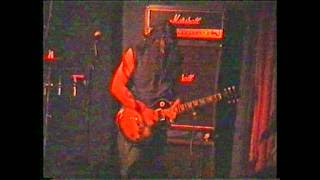 This is a completely improvised solo I played during a gig in Battle, Sussex when the bassist in the band went to the dressing room to change a string.


The 10th guitar solo I've recorded for my Human Guitar album. This one was filmed in a bit of a rush and goes off slightly on the final runs but it gives you an idea what the finished product will sound like. If I had to compare it with coffee this one's a triple espresso......