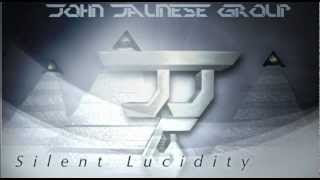 John Jaunese is currently working on a new CD project entitled Heavy Metal Element. The new album is a mix of covers from QUEENSRYCHE, YNGWIE MALMSTEEN, JUDAS PRIEST, DIO-era BLACK SABBATH, DREAM THEATER, and Jaunese's original music with his band. It is set to be released at the end of this year.

Jaunese commented: "inspiration for the album came from a fan who wrote a poem for and about me. After reading the poem I knew what I needed to do, and that was to create a record using all the inspiration from the years of listening to heavy metal music. This is the reason I play guitar and where my energy is drawn.”

The album is being released by Shredguy Records.

Shredguy Records' Michael McDowell commented: "John contributed a track on our compilation CD Shredding Across The World...Volume Two that was stellar in performance and production. For many fans it was their favorite track on the CD, and they have been asking for more from this great player. So now we are both in a position to give them more John Jaunese!”

So far recording has been completed for the Queensryche track ‘Silent Lucidity’. Joining Jaunese on this track is Harley Van Kirk on vocals, Bobby Ferkovich on bass, Op Sakiya on Keyboards and Orchestration, and Tom Clark on drums.