News: Forbes - How Your Guitar Really Can Pay The Bills 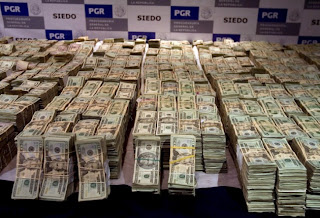 Wishing for your guitar to pay the bills is a long-storied dream of so many musicians who show up in L.A. — maybe hoping to retrace steps of famous acts that have run the Sunset circuit.

Late-night venues and fans and money and fun — it’s a rock-and-roll fantasy that many new guitar pickers still have. Visions of Slash and Lars and Jim and other famous frontmen and band members that have captured the American eye — and in that vision there’s only chain smoking and women and parties. And your guitar.


Jeff Kendrick and Mike Spreitzer are in a real heavy metal band. One that has survived over ten years of touring and five records. One that has hauled equipment and played tiny venues and done the hard work of being real, working musicians (i.e. the stuff they don’t show on MTV). DevilDriver typically plays tours around the United States and out of the country six to seven months out of the year — and touring is much of how they (and other bands like them) support themselves — mostly making sales from merchandise, rather than record sales.

What do you do when you’re smaller than Metallica?