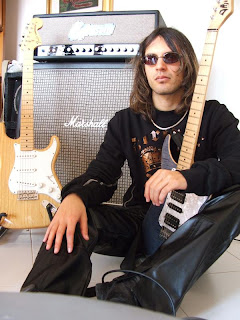 The album is released by Ice Warrior in Germany. You can find 12 tracks on the album include 3 bonus tracks. This album is a powerful one with guest musicians Kenny Lubcke (Narita, Cornerstone and Royal Hunt) and Henrik Brockman (Missing Tide, Evil Masquerade and Royal Hunt).  After the impressive intro starts Eyes of The Warrior. This song is a great album opener, follows by Burn Your Fear where you can hear Henrik Brockman.  On Track no 4 Too Tired To Live you can hear acoustic guitar which sounds very beautiful in my eyes. At the end of track 5 Power of Love Georgio’s vocals are very strong and powerful! Supremacy is one of my faves of the album. A very divers song , up tempo with lots of guitar riffs and drums. Maker of the Universe, song 7 is a quiet song which begins with a guitar solo a great and nice various song.  Black Moon 7.53 is a fantastic song with lots of changes and elements with acoustic guitar and cello. Absolute my fave! Heart Of The World is the last track on this album. A real prog/rock song with a solo on Hammond Organ which follows in a fantastic guitar solo. You can find 3 bonus tracks: Maker Of The Universe, sang by Kenny Lubcke Too Tired Too Live, sang by Kenny Lubcke And When The Feeling Is Real (demo) Exclusive Bonus Track for Ice Warrior Records. 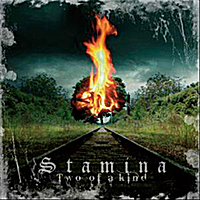