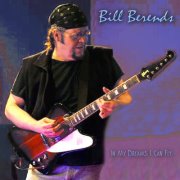 AWESOME!!! INCREDIBLE!! WE DID IT!!! WOOHOO!!! On October 16th we hit the $2,000 mark, so in just 10 days we are solidly in the funded zone! YAY!! With your help this new CD *will* be a reality now!! I LOVE YOU GUYS!!! THANK YOU THANK YOU THANK YOU SO VERY MUCH!!!! Really.. this is just incredible! Wow.
Sorry it took me a few days to get an update on here, I had a busy week with my furnace crapping out just as it's getting cold (I fixed it), the muffler on my car broke off (I fixed that too), a Berends Bros Band rehearsal, then a gig on Saturday. Oh, plus I've been sick the past three weeks, up and down with some kind of cold thing which has been slowing me down, so it's been a crazy week. Anyway, I wanted to get on here as soon as I could and thank each and every one of you who has kicked in. All you guys and girls are awesome! Thank YOU!!!
haha.. now I can get some sleep!! You know, I had NO idea going into this how it would pan out, so this just knocks me out. I had been having a two week long anxiety attack, basically. Holding my breath. Now I can relax a little and spend a few days catching up on some real life stuff that's demanding my attention.
Kickstarter can't be changed once it's in play and will continue thru Nov. 5th, so I hope more people will continue to pledge and pre-order the CD so they can get the music as soon as possible. My goal, after all, is to move as many CD's as I can to spread the music wide and far and I ask everyone who may be interested to pre-order here if you can. Kickstarter campaigns that go over their goal get more attention and it is great PR for the album!!!
The first $2,000 covers basic CD mfg, but as I said in the longer video, the stretch goal is to try and go far as possible and all the money that comes in will be plowed right back into album promotions, updating production tools, and speeding along more music. There is so much more music I'd like to see get finished and released: New Mastermind, more solo stuff... even some electronic music I've been working on. If we can reach $3,000 or more I will upgrade reward packages above the $50 level somehow... not sure how yet, but I will toss in some perk.
Next week I'll post a little follow up video with some more music for you to hear and again, my most sincere gratitude to all of you for helping me bring this album to life!! Thank you for your faith in the music, in me... YOU GUYS ROCK!!!
Bb
ps: I made a Facebook page so feel free to stop by there and say hello....
https://www.facebook.com/events/109776079180524/