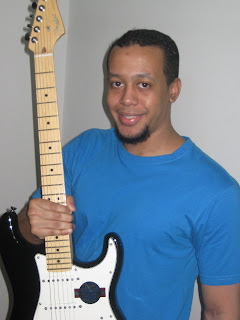 Marques Junior was born in Rio de Janeiro and had contact with music since childhood. At seven years of age began to take its first chords on the guitar from his cousins, who influenced him with bossa nova. A few years later, around the age of thirteen he began to listen to bands like Metallica, Iron Maidem among other metal bands.

Throughout his career, Marques Junior played a big role, playing with Chris Duran, Baby Brazil, Oficina G3, Sacred Fruit and others. Today, it has a prominent channel in Youtube website with more than 116,000 views, 800,000 video views and 2200 subscribers to your channel.