Per Nilsson: Scar Symmetry are set for North American tour 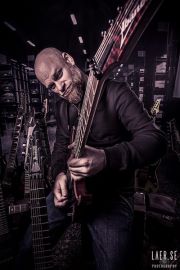 "It is with great joy that we can finally make it official: next month we'll return to North America for our very first No
rth American headlining tour! No more thirty or forty minute sets; this time you will get the full monty - a set-list jampacked with songs from all our albums, and we might even throw in a few surprises! Along with us, we're bringing melodeath super virtuosos THREAT SIGNAL, progressive masterminds STEALING AXION and space deathcore aficionados LORD OF WAR. It's gonna be a shredfest!"