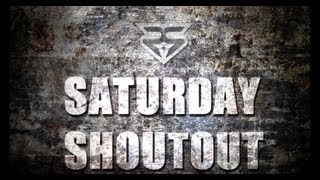 Hi, It's Paul Wardingham here. Big thanks to Rick for inviting me to be the featured on his very first Saturday Shoutout. For those who don't know I'm primarily known as a solo artist, in particular for my debut instrumental album 'Assimilate Regenerate' released last year on Enigmatic Records, but also as one half of the Collins/ Wardingham Project a progressive metal fusion collaboration with australian drummer Grant Collins. I'm also known as a producer, session guitarist and educator having taught thousands of students all over the world. I was featured on Guitar Messenger for my video lesson 'Future Metal Shred' which showcases some of my lead guitar concepts. I am an EMG endorser (http://www.emgpickups.com/artists/featuredArtist/732) My main guitar is an Ibanez RGD 2127z loaded with EMG 707 pickups. I'm currently in the process of recording a follow up to Assimilate Regenerate, a cyber metal concept album titled 'The Human Affliction' which is going to feature some exciting guest appearances from some incredible guitar players.

Intro music inspired by 'After Hours' theme by Howard Shore