October 07, 2012
I remember this as though it was yesterday...I was just nine years old, thanks to my older brothers for getting me into the music! 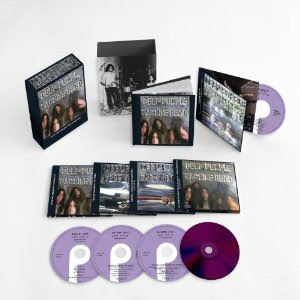 Biography
Deep Purple survived a seemingly endless series of lineup changes and a dramatic mid-career shift from grandiose progressive rock to ear-shattering heavy metal to emerge as a true institution of the British hard rock community; once credited in the Guinness Book of World Records as the globe's loudest band, their revolving-door roster launched the careers of performers including Ritchie Blackmore,… Read more in Amazon's Deep Purple Store