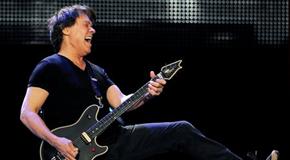 Van Halen had originally planned to play Japan in late November. But that was before Eddie Van Halen underwent surgery in August for diverticulitis, a condition resulting from pouches in the colon becoming inflamed.