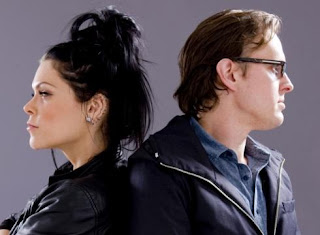 Ever since the release of the album “Don’t Explain” (September 2011), a collaboration between vocalist Beth Hart and guitarist Joe Bonamassa, fans have been talking about how great it would be if the two artists would go on tour together. Aside from a handful of joint appearances, they have never actually performed a full show together, but that is about to change…

In January 2013, the two talents, Beth Hart and guitarist Joe Bonamassa, are going back into the studio with producer Kevin Shirley to work on their second album. A release date has not been set, but rumor has it, that it will be some time in May 2013. We will inform you about this as soon as we know more.

Later that year, Beth Hart and Joe Bonamassa will be performing 4 concerts together:

They will also be recording a live DVD together at the two shows at the Royal Carre Theater in Amsterdam.
Joe Bonamassa