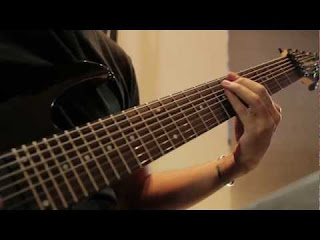 Arcadia Libre has been formed on the City of Ocotlán, Jalisco, Mexico.
For many years on the music Business has become one of the best and more representatives Bands of Metalcore here in Mexico.

Arcadia Libre with a great experience gained on the stage for doing more than 400 live shows. All shows are gone from Local, and all over the country, Metal Festivals and 3 national tours that covered the whole country.

Arcadia Libre guitarist Jose has sponsorship from EMG Pickups, just like the rest of the Band.

Arcadia Libre is in process of the second record Music Production but the first one to be a full complete Production and will be promoted and distributed at all the continent, called “Alpha et Omega”.

Has just release the first part of this production “Alpha”