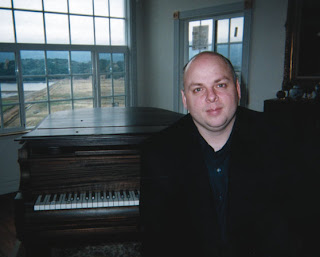 Coming over to jazz from rock, with its higher commercial profile (even in the relative cult world of guitar hero worship), Varney arrives equipped with well-oiled machinery by indie label standards. One of the label’s secret weapons, in fact, is “I have great distribution. We’ve been with the same company since our inception, various versions of it. Currently, they’re called RED and they’re owned by Sony. These Tone Center records are all over the place.

“That’s one thing: these jazz guys are saying ‘man, compared to jazz labels, your distribution is so good.’ We’re pretty proud and happy about that. So we’re trying to attract other artists who have some sort of a profile. Although I’ve been a staunch supporter of fusion for years, I don’t have the connections in that field yet, so I’m building them right now.”

To hear him tell it, Varney is a crusader for blowing imperative. “In most of contemporary music, there’s no place for blowing,” he says. “In what other field, what other occupation, can you work towards being the best on your instrument and not be rewarded for that? We don’t want him.’ There’s no other career I can think of, unless it’s in the CIA, where you can become really good and ascend to the highest point and find that no one wants to hire you.